Sooner or later, every town acquires legends. It could be ghosts that haunt a particular river crossing or a fiery preacher who fled in the middle of the night or a woman with a magic touch for Christmas trees.

In Carding, writer Hanson Willis and his wife Emily are part of the town’s legendary past. Hanson was one of the country’s most popular novelists in the late 19th and early 20th centuries. His wife Emily raised the cultural status of traditional arts such as quilting, pottery, and lacemaking, co-founding the Carding Academy of Traditional Arts with Kitty Wolfe.

Even today, the Willis name conjures up feelings of affection and gratitude among the folks of Carding.

So imagine how town librarian, Jane Twitchell, feels when she finds an unpublished book by Willis hiding in a dark corner of the library.

It’s pretty cool. Here’s a sample from the conclusion of Jane’s story. Enjoy! 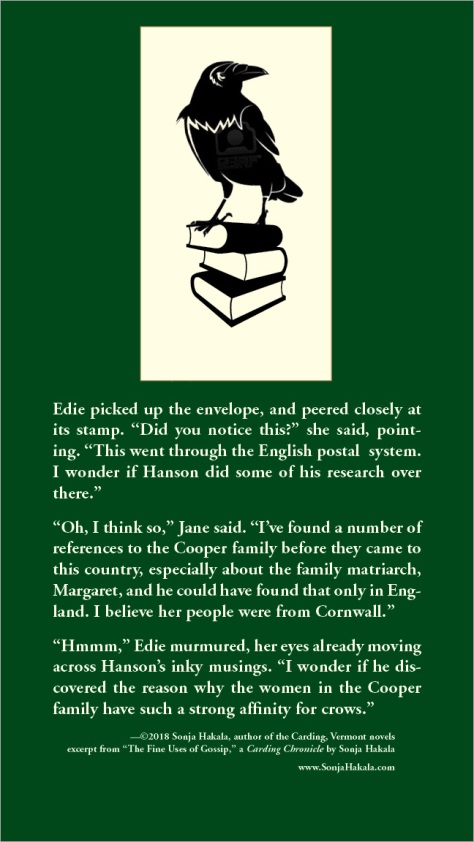