Sometimes, a new image taken with my trusty Canon just captures my imagination. Like the leaf floating on the Ompompanoosuc River that I took last Sunday. (Almost fell out of my kayak trying to capture it. I was floating downstream while it was caught on an upstream current. 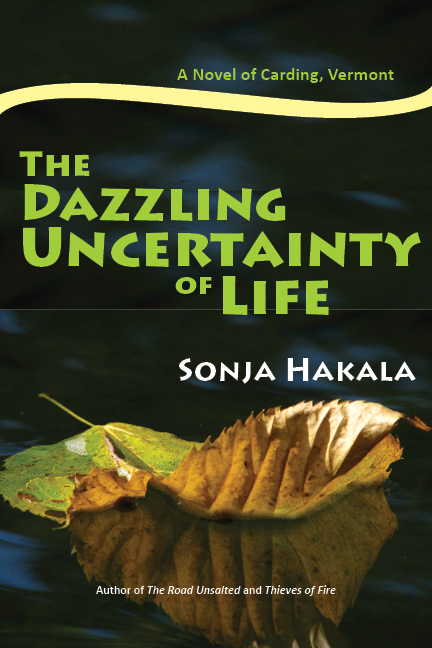 Over the years, I’ve developed a fairly good eye for nature photography, especially stuff that’s standing still which is why I have so many plant pictures, wildlife having a pronounced tendency to move at the most inopportune moments.

I’ve also learned to play with light on this camera, tuning out most of it on sunny days because the effects can be quite dramatic.

All this is to say I really liked that leaf.

I’ve been looking for a better image for the third book in the Carding, Vermont series of tales, the one that takes place during Hurricane Irene called The Dazzling Uncertainty of Life.